This Memorial Day we would like to remember and honor those MacMurray alumni, that we know of, who died while serving our country in the military.

In a press release recently discovered while organizing the archives, we learned there was a tree planted in 1973 in honor of the five men who died while serving in Vietnam. We haven't yet learned where this tree was planted. We also found a flag in the archives, with unknown origin or year, displaying many blue stars (signifying those serving in the military) and one gold star (signifying someone who has died while serving). 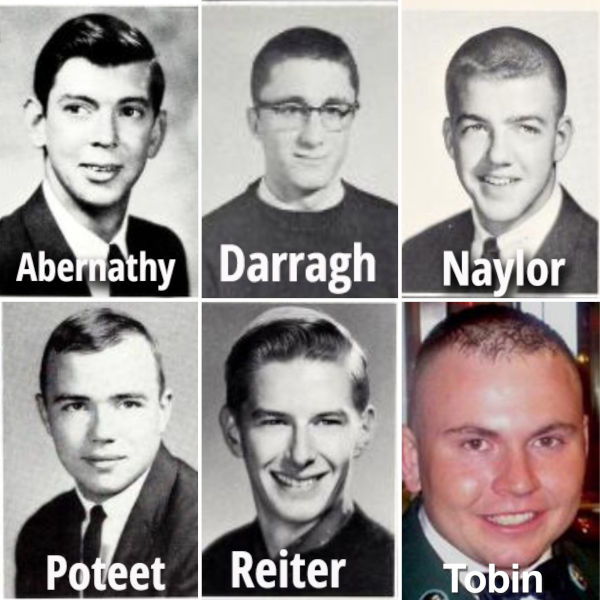 These are the men, our fellow MacMurray alumni, who we honor today:

Please share memories of these men. And if you have information about other Mac alumni who have fallen while serving, please reach out to us. Also, if you know about the location of the memorial tree or the origin of the flag, please send us a private message or e-mail tiffany@warmowskiphoto.com.

We continue to mourn with the families of these men and express gratitude for the freedom we have, secured by their sacrifice.

(Thanks to CJ Everett, Class of 1966, for his help in gathering this information.)

⇐ Back to News