Here you will read about some of the College's weird and interesting legends and myths that have been passed down from generation to generation of Highlanders. These traditions and folklore that range from a story of a jilted lover to a secret society involving onions to old traditions that are long gone but not forgotten are what made MacMurray College unique. 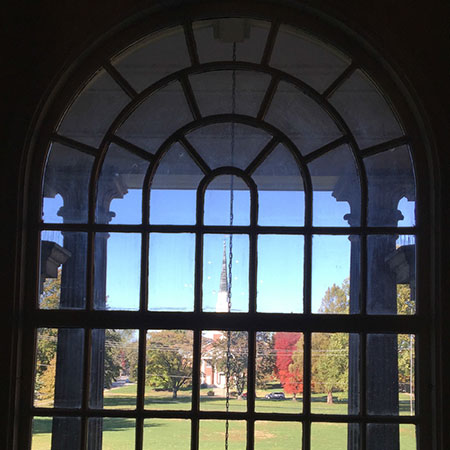 Annie and Henry Pfeiffer were two very generous benefactors of the College. Two buildings that the Pfeiffers gave money to construct, Annie Merner Chapel and the Henry Pfeiffer Library, were built across from each other with their doors perfectly aligned. Tradition says, because of their endless love, nothing shall be built on Rutledge Lawn so that the two may gaze on each other forever.

A freshman resident of Old Main Hall was jilted by her date for Homecoming. She returned to her residence hall where she found her date there with her roommate. Heartbroken and angry, she killed them both, then committed suicide by jumping through her window. The Blue Lady is believed to walk the campus wearing the blue gown she wore on Homecoming. It is also believed that if she hands a man a black rose, he will soon die.
In this photo, Evelyn McMillan Burchett Brodland '59 stands next to her painting of The Blue Lady. 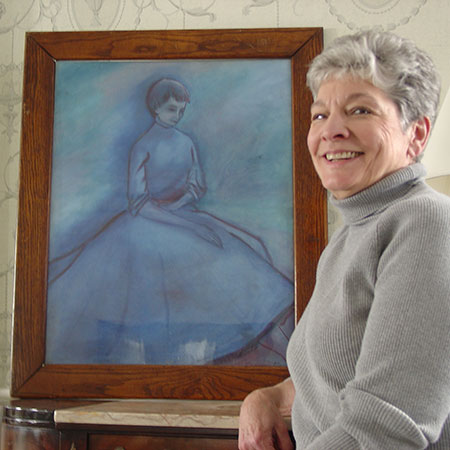 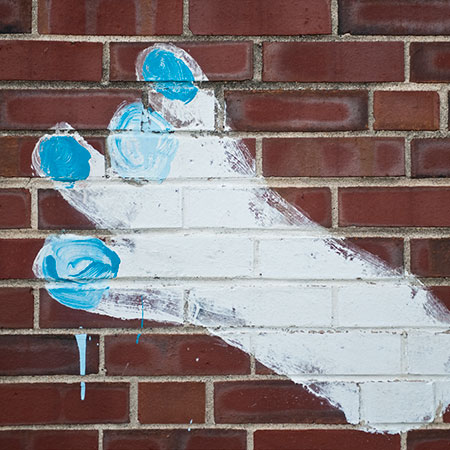 A monster once lived on the roof of Harker Hall. When Harker Hall was torn down in 1971, the monster followed the women down campus to Michalson House (which had just been completed), leaving his footprints on the sidewalk along the way. The Michalson Monster then resided on the roof of Michalson Hall, and protected the women as they walked around campus. It had become a tradition for freshmen to repaint the footprints of the Michalson Monster each year.

It used to be that the new women were welcomed to college in a ceremony known as Green Ribbon. The new students were called "Littles," and each was assigned a "Big Sister" from the upper-class women. An initiation ritual then took place which consisted of each Big Sister tying a green ribbon loosely around her Little's neck. The Littles would wear the ribbons from ceremony night until the last night of orientation week. Then, they would gather on Rutledge Lawn with their Big Sisters and sing traditional college songs as they cast their ribbons in a fire, officially being welcomed into the heart and arms of MacMurray. 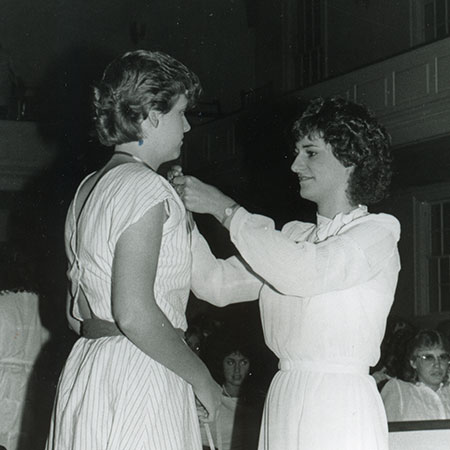 Every spring you might have noticed a student or two walking around campus with an onion tied around their neck. However, if you asked them about it, you'd probably receive the response, "I don't know what you're talking about."

James Jaquess, MacMurray's first President, was Chaplain of the 6th Illinois Cavalry and later Colonel of the 73rd Illinois Infantry during the Civil War. He worked closely with President Abraham Lincoln, and, with Lincoln's permission, he visited the Confederacy in 1863 to talk with leaders of the Methodist Episcopal Church South about ending the war. Lincoln also sent Jaquess, along with author James Gilmore, to talk with the President of the Confederacy. Jaquess eventually became one of Lincoln's "private agents," and reported on meetings in Canada between Confederates and anti-war Americans. He also worked with a Confederate scientist to create a self-extinguishing bomb. A close confidant of Jaquess's, Lincoln has even stayed in the President's House as his guest. 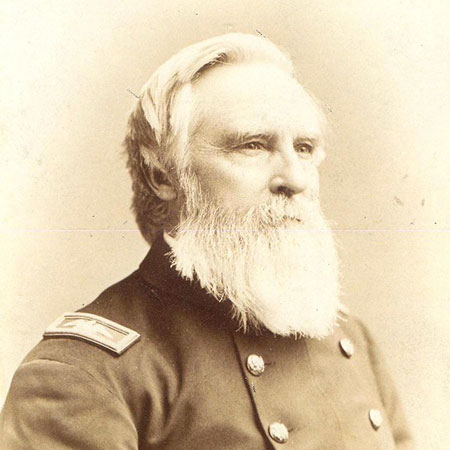 Jane Addams, also known as the "Mother of Social Work," spoke at the dedication of MacMurray Science Hall on Commencement Day in 1928. In her speech, "Efforts Toward World Peace," she spoke about how those who strive for world peace are often thought of as people who are "visionary and idealistic." She also spoke on world governments, led "by hard headed and even hard boiled politicians," and the ways in which they were working towards obtaining world peace.

In 1947, Eleanor Roosevelt became a part of MacMurray History when she delivered the commencement speech which drew a crowd of 5,000 people to MacMurray's campus. After speaking on "The Responsibility of the College Student in the United States of America to the World Situation," in her commencement address, Roosevelt received an honorary degree of Doctor in Humane Letters which "paid tribute to her as a home builder, humanitarian, journalist, and statesmen." 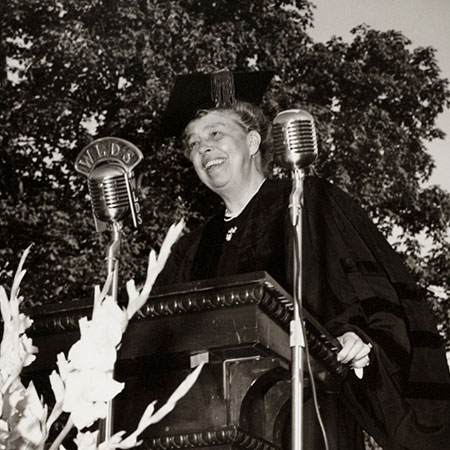